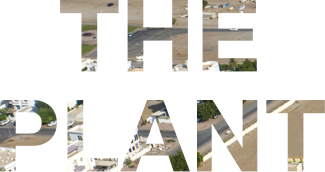 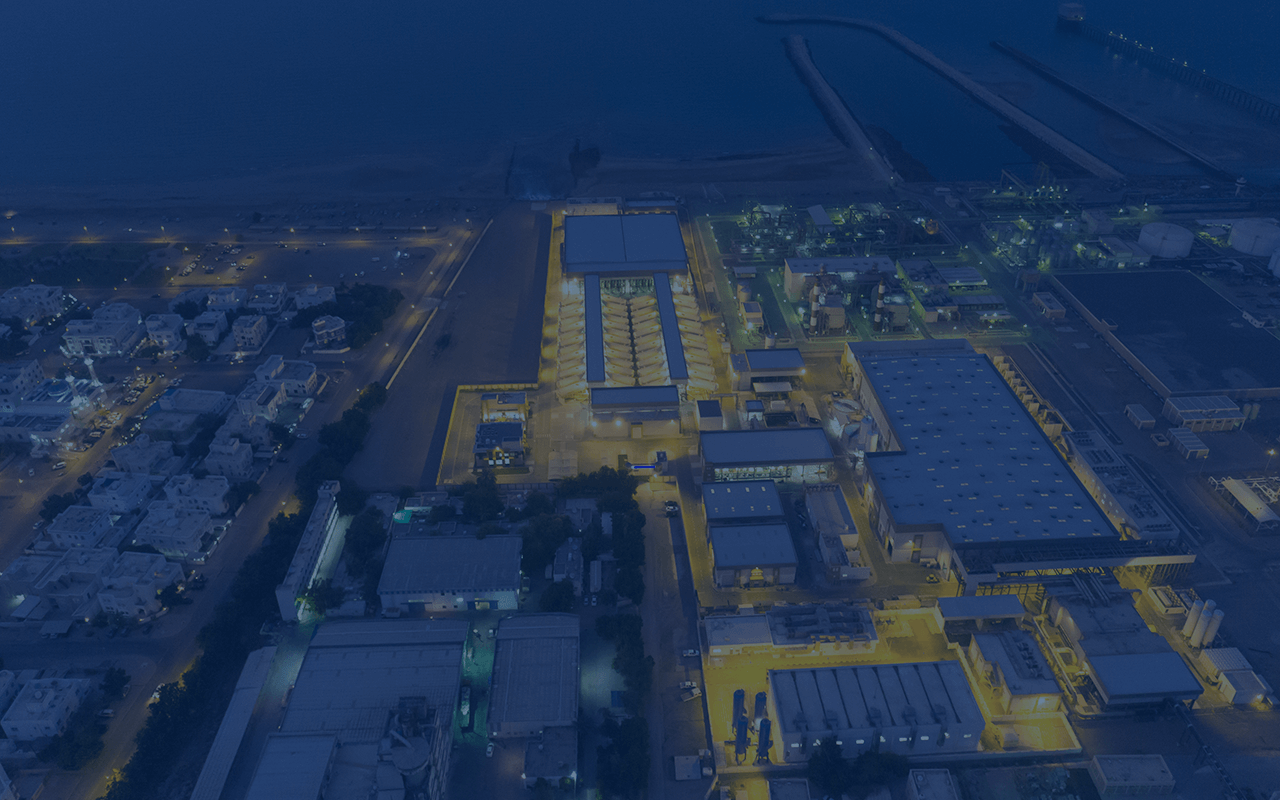 The Plant is based on SWRO technology and one of the largest operational desalination plant in Oman. The SWRO technology employed at the Plant is a proven technology that has been implemented globally on numerous projects.
SWRO process extracts water from the incoming seawater by pushing it under pressure through semipermeable RO membranes to produce pure and high quality water. The process is a low temperature process where no heating is required and does not require any other input other than electricity to drive pumps. The Plant also contains DAF as a pre‐treatment system, designed to remove solids from seawater which enables the Plant to operate at full capacity during unforeseen red tide algal blooms and other adverse events such as oil contamination.
The Plant has a capacity of 42 MIGD (191,000 m3/d) and comprises off-shore passive screens, submerged seawater intake and outfall pipelines, a DAF system, dual media filters for pre-treatment, a SWRO system, post treatment with carbon dioxide and a lime dosing remineralisation system plus chlorination and fluoridation, and all other auxiliary systems.

The ESA was entered into between MEDC and the Company on 1 February 2013 for the supply of electricity up to a maximum of 40MVA in accordance with the Permitted Tariffs in the ESA for operating the Plant. Both MEDC and the Company have the right to terminate the ESA by giving at least thirty days prior written notice to other party.

The ECA was entered into between Oman Electricity Transmission Company (“OETC”), a wholly owned Government company established in 2003, and the Company on 11 February 2013. The ECA sets out the terms and conditions upon and subject to which OETC and the Company have agreed that the Company shall connect to the Transmission System.

The Usufruct Agreement for Site (“UAS”) was executed between the Ministry of Housing and the Company on 11 February 2013.  The UAS has a term of 25 years from the date of ratification of the UAS by the Government, subject to a further extension of 25 years.

Operation & Maintenance Agreement is entered with Muscat City Operation and Maintenance Company L.L.C. (“MCDOMC”), a company incorporated in the Sultanate of Oman, for the operations and maintenance of the Plant throughout the Term of the WPA.

The table below summarizes the main events of the Project’s implementation:

MCDOMC is primarily responsible for HSE compliance, Plant availability and efficiency, meeting dispatch instructions and operational cost control. MCDOMC also ensures that adequate spare parts are available and that the staff are qualified and properly trained.
A team of 37 people ensures that the Plant produces very high quality water according to contractual standards and delivers the drinking water to Muscat city 7/24 basis. A comprehensive maintenance program guarantees the Plant’s availability.

The HSE Policy commits the Company and the Operator in creating a safe, secure and healthy working environment and to the elimination of all work related incidents and injuries. The Operator has HSE policies in place to conduct all its operations in a manner that protects the HSE of employees, sub-contractors and the public while complying with all applicable legal and other requirements.
All employees and contractors shall perform their work strictly in accordance with the implemented HSE policy, which will be carried out through the following practices: